Did you know that The United Church of Canada has been working for well over a decade on improving relationships between itself and Muslim communities in this country and around the world? We have. In fact, The United Church of Canada has invested countless hours in prayer, research, dialogue, listening, overseas visits and yes, money developing resources that can benefit all of our communities—after all, we share the same planet and we should learn about our neighbours. Here are a few things you might not know our denomination has said about our Muslim friends: 1.) The United Church of Canada Affirms Mutual Respect with Muslims http://www.united-church.ca/communications/news/general/100910 This document, released on the 10th anniversary 9/11 does exactly what it says: our church respects Muslim people—and we see it as a two way street. While it was written before the Syrian refugee crisis, the statement still holds true. If you don’t have time to read the whole document, this statement summarizes it quite nicely:  “As we remember the tragedy of September 11, 2001, we [The United Church of Canada] are concerned about the characterization of Muslims as “enemies” in the so-called “War on Terror.” We [The United Church of Canada] are profoundly disturbed by recent statements of hostility toward Islam and we strongly condemn threats and actions that incite religious and racial hatred.” Read more (click >> below)
Continue Reading No Comments 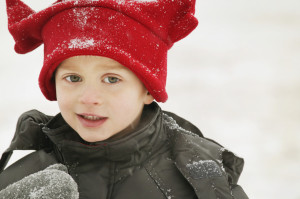 The economy has been harsh for the past few years. That hardship can be felt most when the warm summer days begin fade into fall–then winter comes. Providing winter clothing for children is expensive. For some families in the communities that surround the church, it can be too expensive. As a result, local little ones (and not so little ones) go without snow-boots, coats, snowsuits, gloves, mitts and socks.

Shouldn’t all children have a right to be warm and cozy regardless of their economic status? (please keep reading >>)